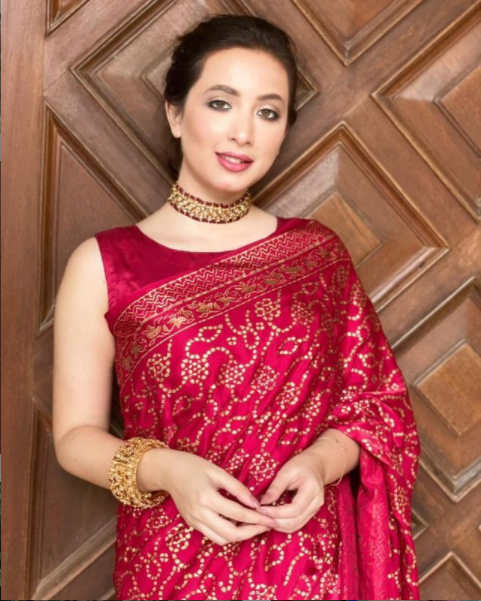 Komal Aziz Biography: Komal Aziz is an emerging star of the drama industry. In a short time, she has gained massive popularity and appreciation. Because of her humble style of talking and soft facial features, she made her way into the hearts of her fans. Komal was born to be an actor. She has never allowed any criticism to get to her. In an interview on the television show Rewind with Samina Peerzada, Komal said that she originates from a middle-class family. But her family always supported her dreams.

Komal is working hard, and she has dedicated her life to the showbiz industry. Her dramas and scripts are well-perceived by the viewers. She is best known for her role in Ishq-e-Benaam, for which she got nominated for Best Soap Actress at Hum Awards. She is also known for her leading role in Bharosa Pyar Tera, Bisaat-e-Dil, and Raaz-e-ulfat.

Komal was born on 13th April 1990 in Karachi, where she spent all her life. She just turned 31 this year. Komal has a sister, Kaneez Fatima Khan, and both of them are very close. Komal’s father died in 2019. Therefore, she is the sole bread earner for her family.

Komal completed her A-levels and afterward got enrolled in IBA Karachi. During an exam, she was cheating. As a result, the university suspended her for three years. Hence, she motivated herself and applied to Lahore University of Management Sciences. She got accepted with a 75 percent scholarship. She completed her graduation in Business and economics.

Komal made her official debut in 2015 with a daily soap Ishq e Benaam. With her debut, she proved her remarkable acting skills and became a demand of many directors. Later, she appeared in many drama serials that increased her popularity among viewers and producers. In 2019 her drama serial Bharosa Pyar Tera became one of the most-watched serials of the year. It had a fantastic storyline. Hence, Komal with her thorough acting made everyone fall in love with her.

Here is the detailed list of drama serials in which Komal appeared:

Komal is currently single. She has kept her private life a secret. Upon asking, she always says that right now her career is more important. Because she had worked hard. She is waiting for the right guy to marry.