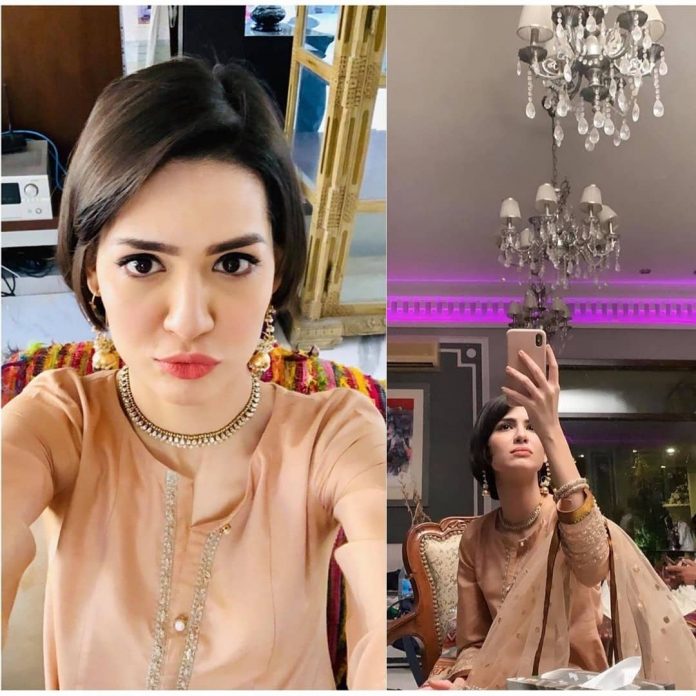 Madiha Imam Biography: She is one of the leading Pakistani Actress. She carved a niche for herself in the showbiz industry in a very short span of time. Her charming personality can make anyone head over heels in love with him. Started her career as VJ, she made her acting debut in 2013 with Hum TV’s Ishq Mein Terry. Her innocent smile and good looks made her way into the hearts of zillions. And won for her massive fan following. Best known for her characters in drama serials Dhaani and Mera Rab Waris, she proved her mettle.

She stepped into the showbiz field as VJ. She appeared in many shows as host and VJ of MTV Pakistan and ARY Music. Madiha also hosted various fashion shows and events. During her VJ career, she did a number of fashion campaigns as a model. She also did many fashion photo-shoots and also walked the ramp for almost all the top fashion designers. She appeared in a number of TV Commercialersatile actresses.

She is not married yet

Her family has its roots in Karachi. And she is living with her parents. The beautiful lady has a younger sister

In 2013 Madiha made her acting debut with the drama serial “Ishq Mein Teray” of Hum TV. In her debut drama, she played the supporting role of Laiba. “Ishq Mein Teray” featured Azfar Rehman and Mehwish Hayat in lead roles. Although Madiha’s role was a supporting one. But her fine acting skills grab the attention of everyone. And she became her household name. She also got praise from the critics for her acting.

Which landed her another supporting role in the drama serial “Ru Baru” opposite Faizan Khawaja and Syra Shehroz. After that, she appeared in many serials as a lead actress and did a number of dramas. But the dramas which brought her in limelight “Dhaani”, “Saanp Seerhii” and “Baba Jani”. Viewers loved her pairing with Sami Khan in “Dhaani”. Now the actress is also doing very well in the film industry. In 2017 she made her film debut in Bollywood with “Dear Maya” alongside Manisha Koirala.