Momina Iqbal Biography: Momina Iqbal is a new addition to Pakistan’s showbiz industry. She works both as an actress and a model. Momina started her career in 2017 as a model and then entered the drama industry in 2018. Her first known drama serial is ‘Parlour Wali Larki’. She is famous for her roles as Masooma in the drama serial ‘Ehd-e-Wafa’ and as Sonia Khan in the Pakistani romantic drama film ‘Daal Chawal’.

Her drama serial ‘Ishq Mein Kaafir’ was hit in 2019 mainly due to its unique story and amazing OST. She played the role of a pretty kind-hearted girl Dua in this drama.

She was born on 23rd November 1989 in Karachi. At present, she is 31 years old. Her star is Sagittarius.

She completed her graduation from a university situated in Karachi and earned a Bachelor’s degree from there. 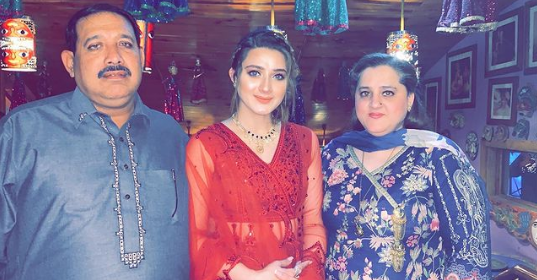 She belongs to Karachi and is from a respected and well-educated family. She has a sister and 2 younger brothers. Her family is in Lahore but she often lives in Karachi due to her work.

Momina’s marital status is single which means she isn’t married yet. 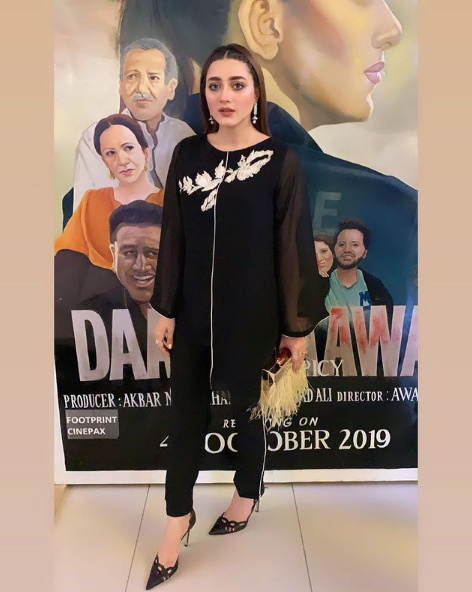 She started her career in 2017 with both acting and modeling. Her cute innocent looks are really the cause of her success in drama serials. She played heart touching roles in Pakistani dramas. Besides drama serials, her role as a Police officer (Sonia Khan) in the movie ‘Daal Chawal’ is impressible. She is playing another outstanding role of a sweet innocent girl in the drama serial ‘Bhool Jaa Ay Dil’ which is still on air on Hum TV.

Momina also works as a model for various renowned brands’ shoots. She also appeared in a few commercials on TV.

‘Parlour Wali Larki’ was her first project whose OST ‘Bol Kaffara Kya Hoga’ breaks the record. It got 75 Million views on Youtube which is really amazing.

In conclusion, she is a very talented lady and her fans are waiting for her to appear in more beautiful roles and projects.