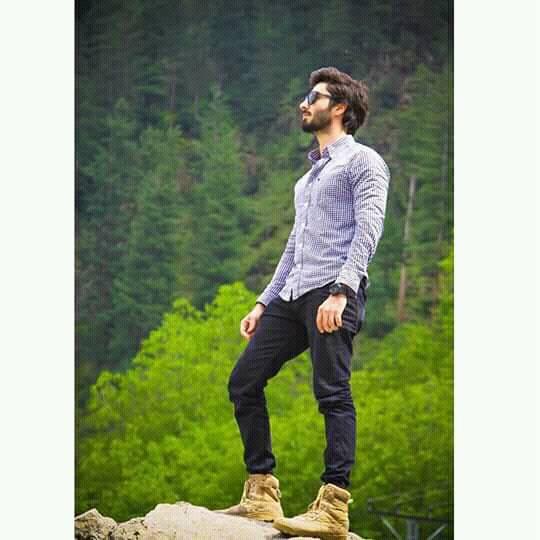 Nabeel Zuberi Biography: Nabeel Zuberi is a very famous model of the Pakistan fashion industry. He walked on-ramp for many of the brands of Pakistan. he is very attractive and charming. his personality makes him unique from all of the other models. He is gaining much popularity through his modeling. People are loving his acting and modeling skills. Here we are going to tell you something about this famous model and actor.

Nabeel Zuberi is a talented model and actor in the Pakistani fashion and drama industry. He is very hardworking and creative. Nabeel Zuberi walks on-ramp as a model for many brands. He worked for many national and international brands throughout the world. People want to know about his family background and about his personal life. people also want to know about his professional life. So here is some information about this young emerging talent of Pakistan.

He completed his bachelor’s degree in fashion designing and drama medium.

We actually don’t know about his family because he never introduces anyone from his family to the social media industry. He lives with his family in Karachi. But he travels to other countries for his work.

He is not married yet. He is single and has no plans to marrying very soon.

Nabeel Zuberi made his debut in the drama serial “Yakeen ka safar”. This drama is the reason for his popularity among his viewers.

Nabeel Zuberi started his career as a model. But soon his talent came to know to every one and he started working in Pakistani film and drama industry. people are loving their modeling skills and his acting. He appears in many drama serials and also in films. His debut in drama serial yakeen ka safar become very famous and his fan following increases very much due to this drama. Soon he is getting popular day by day and then started working in the film industry of Pakistan.

Here is the list of some of his famous dramas

He works in only one film. Here is the name of his film

Nabeel Zuberi is nominated for many dramas co-acting and also for best models in different award shows such as lux style award show and hum awards.