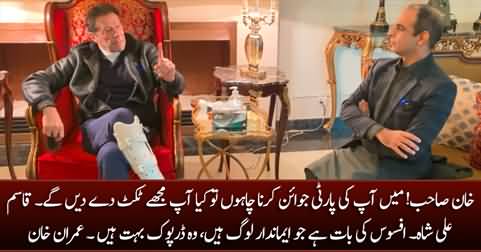 He appeared on TV after the meetings and praised Shehbaz Sharif and Pervez Elahi.

The motivational speaker said Imran Khan is trying to decide the matters to be decided on judgment day.

Qasim Ali Shah said he is running a campaign to raise awareness among youth.

He also denied claims that he would contest elections.