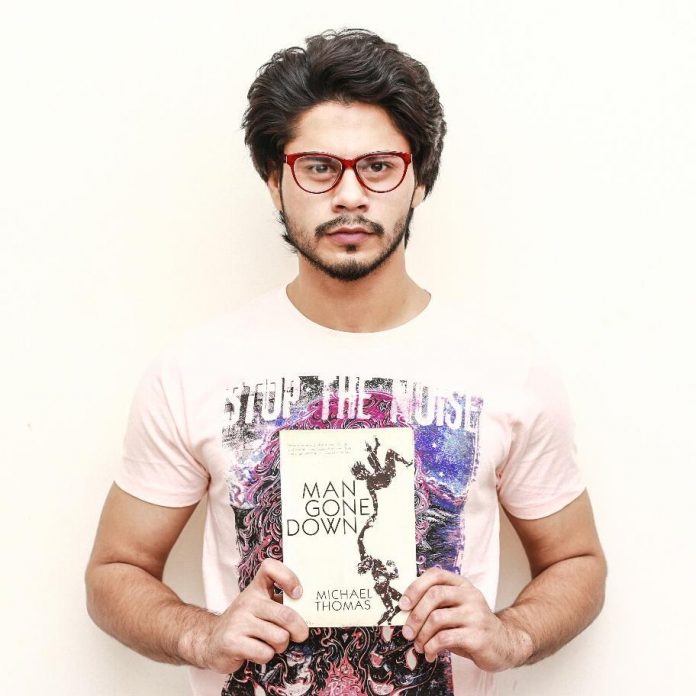 Haris Waheed Biography: He is an emerging star of the Pakistani television industry. He is a talented actor and with his fine acting skills, he has taken the showbiz industry to another level. He has a charming personality and his dreamy looks are sure to sweep us from our feet. His huge success in a very short period is proof that he is capable to do any kind of role.

This TV star has a huge fan following on Instagram and nationwide. Let’s have a look at his personal and work life.

Harris expressed his love for acting in an interview saying The journey began from the very first day I started acting in front of the mirror when I was a kid. But it became a career when I joined the National Academy of Performing Arts to learn the craft. I soon started doing theater plays and realized that acting wasn’t just a dream come true for me but in fact, it is something I love doing.

Haris Waheed got his early and higher education from Karachi. This talented actor was into theaters and dramas since his childhood. To pursue his acting career he thus got enrolled in the National Academy of Performing Arts (NAPA) for a degree in Acting, Screenwriting, and Directing. However, he didn’t complete his graduation but he became an active member of the International Theater Festival of Napa. He worked along with Naseeruddin Shah and Ratna Pathak.

Haris began his early career as a theater actor. His family motivated him and stood by him for his passion. Besides his NAPA Theater he did photoshoots. He also did modeling gigs for famous brands in Pakistan. In 2014, he made his first guest appearance in HUM television’s very popular soap “Sadqay Tumharay”. He appeared alongside Mahira Khan and Humayun Saeed. Haris Waheed’s first official TV debut was in “Alvida” in 2015. He gained a reputation as a hard-working actor in 2016 after his negative role in “Udaari”.

Haris has also worked in a few international films. His first Pakistani-Canadian short film was “Sedare”. It was a dream come true for him. He also appeared in an English movie in 2018 “Altered Skin” directed by Adnan Ahmed.

Haris Waheed was born on 2 January 1994 in Karachi. He is 27 years old. His zodiac sign is Capricorn.

Haris Waheed got married to Maryam Fatima. She is also a bright actress in Pakistan. He got married in June of 2017. The couple has worked together in “Udaari”.