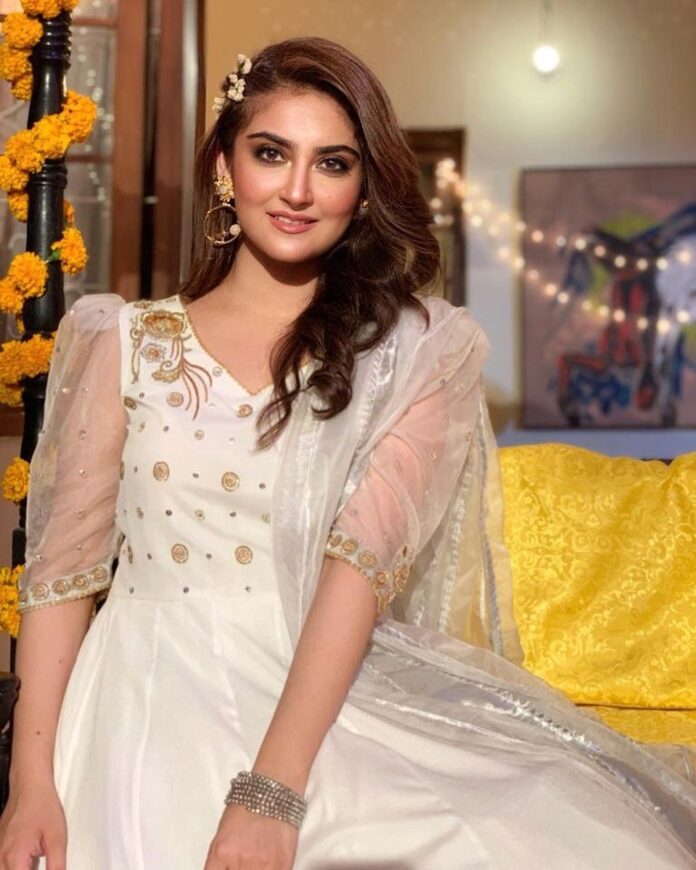 Hiba Qadir Biography: Hiba Qadir Bukhari is one of the prettiest and talented actresses in the Pakistani showbiz industry. Her specialty is that she does not like to make many friends while living in showbiz. She started her showbiz career with supporting roles. And when she performed brilliantly in her dramas, she immediately started getting work in lead roles. She has also won the 6th Hum Award for Best Actress for her lead role in Thori Si Wafa. She has gained popularity through her acting skills. Hiba likes to do serious characters and drams with a good storyline.

Hiba’s most favorite hobby is traveling. She posts her traveling videos on Instagram and Tiktok. Her fans adore her for her simplicity. Upon being asked about her beauty secrets, Hiba told her fans that she doesn’t do anything special but drinks a lot of water.

She obtained her F.Sc from Jinnah Government College in the suburb of Nazimabad. She completed her undergraduate degree from Karachi University. Hiba graduated in commerce.

Hiba Bukhari is one of the top 10 actresses in Pakistan. The drama in which she works is a success. She likes to work in only three serials a year because she wants to spend the rest of the time with her family. She thoroughly reads the script before choosing a drama. So far, all the Pakistani dramas that Hiba has acted in have been 99% successful, and people have liked them very much.

Hiba started her showbiz career with a supporting role in Teri meri Jodi. She gained popularity instantly and got her first lead role in Bholi Bano. After winning the best actresses award, she never looked back and continued to strive.

Hiba Bukhari has confirmed in Nida Yasir’s morning show that she is not thinking to get married right now. She is also just giving time to her showbiz career. But before concluding, she said that if she found a good boy in the meantime, she would marry him immediately.