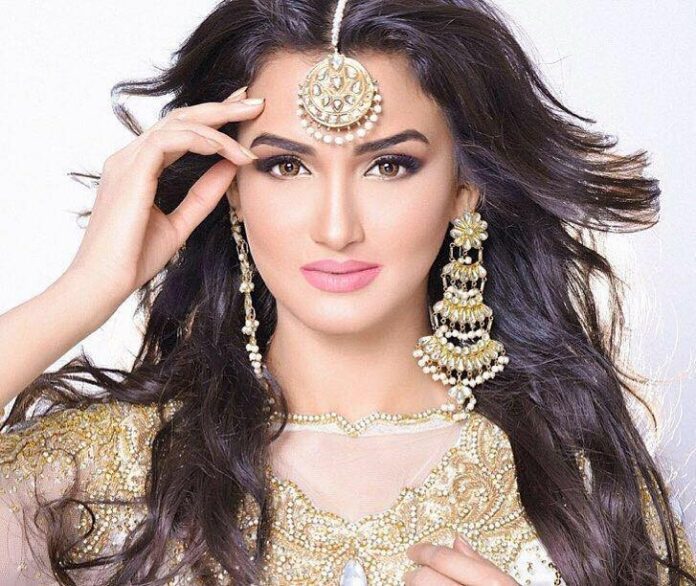 Kiran Tabeer Biography: The talented Kiran acted her way into the hearts of millions by portraying challenging characters. Kiran Tabeer is one of the popular and famous TV actresses. She is not only an actress but also a host and model. She has hosted the popular comedy show ‘Hum sab umeed sai hain’ for many years.

Kiran Tabeer completed her education in Lahore and continued her career in the Showbiz industry.

Kiran also did many photo shoots and commercials for many brands. She also walked the ramp for almost all the fashion designers. During that, she started to receive offers to show her acting skills in drama serials. So that in 2014 she made her acting debut with the daily soap “Dil Ka Darwaza”. Which had Neelum Muneer in the leading role. Kiran played a supporting role in the serial. She got praise and a warm response for her acting skills.

After that, she appeared in many serials as a supporting as well as lead actress. She proved herself as a versatile actress by playing different roles. Like positive, negative, romantic, villain, serious, comedy, and many others. She did many serials as an actress. Some of which are “Ghayal”, “Kitna Sataty Ho”, “Ishq-e-Benaam”, “Saya” and a number of others. Kiran is also a film actress. And made her film debut in 2016 with “Jeewan Hathi”.

Kiran Tabeer performed in many dramas with her acting. Her recent drama is Sitam with Usama Khan and Waseem Tirmazi.

She got married to a businessman Ali Hamza Safdar on 13th January 2011. She lives in Karachi with her husband.