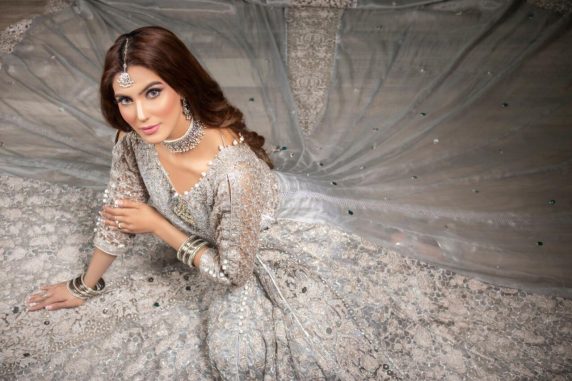 Nazish Jahangir Biography: Nazish is a lovely and widely praised Pakistani model-turned-actress. She is related to the showbiz business for quite a while. Because of her relentless beauty and quality acting skills. Nazish doesn’t have a problem creating her name in the showbiz industry. She has appeared in some of the top-rated Pakistani Dramas and some music videos and TV shows. Nazish Jahangir is also one of those artists that stays in the ‘controversy’ game. Either it’s her kidnapping, suicide, and brawl with Fatima Sohail, the actress knows how to get her name in the entertainment industry.

She always has been a creative person. That is why she actively participated in her school, college, and university theaters. Nazish has also been the face of renowned clothing brands like Kapray, Gul Ahmed, and Al-Karam. She has also done several TVCs and DVCs for big brands.

Nazish Jahangir was born on 28th April 1988 in Karachi, where she spent all her life. Nowadays, she lives in Islamabad with her family. She has turned 33 years old this year.

After finishing her early schooling in Karachi, she completed her intermediate and pursued her passion. She was always fond of designing. She graduated in fashion designing from Hunerkada College of Visual and Performing Arts. Hence, she worked as a designer for few years.

Her first drama series was Bharosa in 2017, which is amongst the top-rated Pakistani serials. After this, the actress also appeared in many Pakistani dramas including, Tohmat, Kahin Deep Jalay, and Meray Mohsin. She performed a negative role in the drama Kahin Deep Jalay. But viewers appreciated her for that character. She told in an interview that she loves to play a negative role. And this way, she can improve her acting skills. Nazish latest drama Berukhi is coming soon ARY digital.

Nazish is neither married nor committed. But she is in hot waters since 2019. Fatima Sohail, the ex-wife of Mohsin Abbas, allegedly blamed her for having an affair with her husband. Nazish Jahangir in her recent post on Instagram denied all blame for Fatima. She said that Mohsin is his family friend, and she has no personal problems with Fatima Sohail.