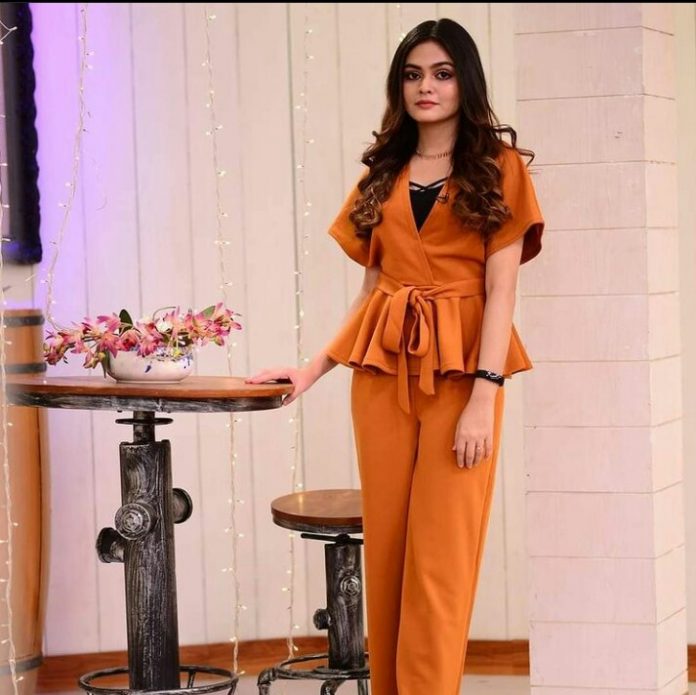 Rimha Ahmed Biography: The upcoming and trending talent in a new tv actress known by the name RIMHA AHMED. She is the youngest actress working nowadays in the Pakistani drama industry. The most emerging, cute, adorable, and talented character is known to the viewers. People are loving her way of performing and her acting skills. Here we are going to tell our viewers about this new talent in the Pakistani drama industry.

She is becoming very popular with her viewers. Rimha Ahmed is very hardworking and started acting at a very young age. She made her space in the Pakistani drama industry on the behalf of her talent and hard work. She is very humble and respectful. By working with her co-actors and other working staff she is learning so much about the industry. In her recent interview, she told about her upcoming project for her viewers. She is working hard to prove herself in the Pakistani drama industry and trying to maintain her highlights in the viewers.

She is the daughter of Rashida Tabassum who herself is a very popular and leading actress in the Pakistani drama industry. she is the youngest one of her family. Her elder sister in the only sibling.

Rashida Tabassum is a very famous actress in the TV industry. She works at different channels in different characters and projects. she works in the drama serial “SURKH CHANDNI”.

She is not married yet.

She is studying for her bachelor’s degree in Karachi. She is still studying while working at different projects.

she made her debut in the Pakistan drama industry by working in the drama serial “ABROO” in 2016.

She considers her mother as her sole inspiration. She is much inspired by her mother’s work when she was working in her college life in drama and theater. This becomes the inspiration to Rimha for her working in the Pakistani drama industry.

She wants to work with AHAD RAZA MIR.

Most Searched Dramas By Pakistani in 2021 And Why