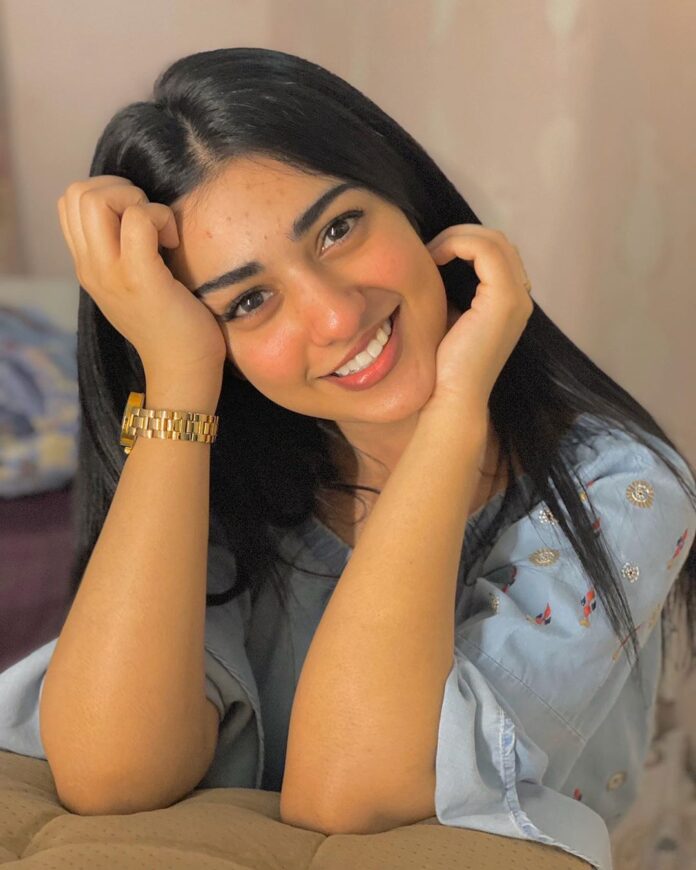 Sarah Khan Biography, Age, Drama, Husband: Sarah Khan is a young and beautiful actress in the Showbiz industry. She was a VJ before joining the drama industry. Sarah has won many hearts by her stretching smile. With her fine acting and dialogue delivery, she has gained massive popularity. She has done many dramas.

She belongs to mix family. Her mother is Lebanese, and her father is Pakistani. That is why she is gorgeous. Sarah’s younger sister Noor Zafar Khan is an actress too. Both sisters are doing one on one dramas. Consequently, earning fame and respect in the industry. Therefore, the whole family supports them.

As per information, Sarah Khan graduated from the University of Karachi. Hence, she is beauty with brains.

Sarah made her official acting debut as a supporting actress in the 2012 Badi Aapa serial which was aired on Hum TV. She played the daughter of the main characters. Then, she appeared in a serial Mirat-ul-Uroos. It was aired on Geo TV in the same year. She played the feature role of Humna alongside Mehwish Hayat, Mikaal Zulfiqar, and Ahsan Khan.

Her acting career rose to prominence when she got the opportunity by Moomal Sheikh in 2015. Sarah starred in her romantic drama Alvida. Hence, everyone praised her for her negative acting. She also gave a mind-blowing performance in Muhabbat Aag Si. As a result, she got an award.

In 2014, she appeared in a Pakistani soap Bhool. The drama received many awards. Hence, she also earned a nomination for the Hum award. In 2020, Sarah Khan once again touched the peak of fame with her outclass yet entirely different role as Miraal in Sabaat. Furthermore, this year, Sarah has shown her exceptional talent in the drama serial Raqs-e-Bismil with Imran Ashraf.

In 2018 she did a role in Belapur ki dayan. It was a horror drama, and many people loved her acting. Hence, she proved her versatility.

Sarah surprised her fans by tying the knot with the most famous singer Falak Shabbir in 2020. The news spread like a fire on social media. Because no one expected them as a couple. She is expecting her first child with the singer.