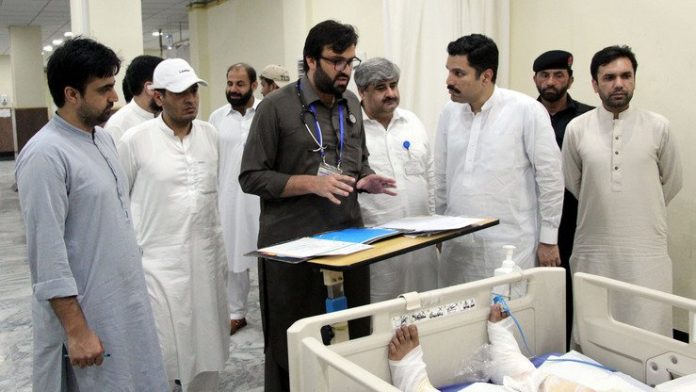 Here you can get information about the Salary of MBBS Doctors in Pakistan. ‘MBBS’ stands for ‘Bachelors in medicine and bachelors in surgery’. After FSC students in Pakistan go for MBBS in medical universities. After the course of 5 years. They go for a house job. After completing the house job in 6 months. MBBS graduate steps in practical life. The salary of an MBBS doctor varies from sector to sector. It is considered as the most well-reputed job in Pakistan.

Salary of MBBS Doctors in Pakistan

In Pakistan, being a doctor is the first priority of every student. Being a doctor especially from a good university is the best way to make one’s parents proud. In addition to this, they enjoy better facilities than a common person. They are also paid enough amount so they can enjoy the perks of life. But money can’t pay for their sacrifices.

There are many factors on which the salary of MBBS doctors depends. As stated:

“On average, a person’s salary doubles their starting salary by the time they cross the 10 years* experience mark. ”

Some of them are given below:

As there are different sectors in which a doctor can serve. They all have there on set of rules and packages of salary. In Pakistan all the hospitals are divided into following 3 major sectors:

In government hospitals, all the expenses are paid by the government including the salaries of doctors. The doctors sign a contract of some years before entering in MBBS to serve the nation. Violation of that agreement results in fines and imprisonment. Government hospitals are not considered as the best place to get treated. But they are blessing for the people who can not afford the expensive treatment of private hospitals. The government hospitals in Rawalpindi include Civil Hospital, Holy Family and etc.

SALARY OF A DOCTOR IN GOVERNMENT JOB

Hospitals that fall under the government sector offer job security, medical facility, living space, and pension after retirement. They pay a sufficient amount of salary too depending on the rank. The salary of doctors varies from 70 000 to 300,000.

Whereas with increasing experience the pay increases up to 300,000. The specialists are offered even more salaries. Surgeons get paid with extra money on operating a patient.

Forces include Army, Air force, and Navy. Working as an officer gives an extra reputation in society and a better chance to serve the nation. Officers are given free education, medical, living facilities. Along with pension after retirement, the house is also allotted.

All CMH and MH hospitals fall under the Army sector. In these hospital patients serving in the army is treated. The pay varies with the rank of officer. Following are some examples:

The air force hospitals include PAF hospital. They also pay their doctors according to one’s rank. The higher the rank higher the salary. All the forces almost have the same salary pattern.

The navy hospitals include PNS Rahat Hospital. They pay their doctors from 45,000 to 240,000. Like the army and air force, they also provide free health and low-cost education facilities.

This sector includes all the hospitals made by civil people. Usually, they have high charges and only elite class can afford to get treated by these hospitals. Shifa International Hospital, Aga Khan Hospital, Maryam Memorial hospital, and Quaid-e-Azam International hospital are some of the private hospitals. Unlike the government and forces sector, they do not offer additional facilities except salary.

They pay their doctors from 42,000 to 145,000 per month. Their salary may vary by serving hours or the experience of the doctor.

The working hours may be tough because it is a full-time job.

Maryam hospital is a private hospital located in Rawalpindi. It has a great reputation among other private hospitals. They offer handsome salary packages to their doctors of about 60 to 90 thousand.

IS SALARY OF DOCTORS SUFFICIENT

Doing MBBS secures one’s to a great extent. The salary of doctors is sufficient for living a peaceful life. Yet money can’t pay their services as they serve our nation and humanity with great sincerity.

As during these hard times of Covid-19, doctors have been acting as the front line soldiers. Many doctors lost their lives while saving the lives of the natives. They must be given immense love, support, and respect.