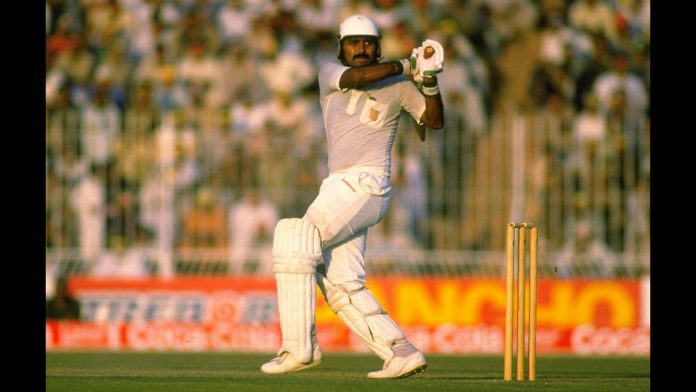 Here you can get information about the Cricket Legends of Pakistan. Pakistan is a soil of souls. Allah almighty has flushed it with Multi-Talented people. These influential personalities are acknowledged by the whole world. This proves the richness of our homeland. An attestation of the raw strength and values of our beloved ancestors.

His triple century against the West Indies team in 1957/58 certainly makes him a legend in the cricket world.  The government of Pakistan acknowledged his servings. He lent a hand in 238 First-Class matches as a Batsman. He took 443 wickets. He scored an astonishing 16,663 runs throughout his career.

He is serving as the Prime Minister of Pakistan. Born on 5 October 1952 (Age 67) Imran Khan has been the most influential cricketer of his time. He was an all-rounder. He played 88 Tests and 175 ODI matches and took 362 and 182 tickets respectively. He scored an immense 7516 runs in his cricket career.

He is best known for the 1992 World Cup. At the end of his cricket career, under his captaincy for the first time in its history, Pakistan won the World Cup against England. After the sorrowful death of his mother. He launched the charity program for Shaukat Khanam Cancer Memorial Hospital. This is a successful project running all over Pakistan. It serves the poor and needy people through free cancer treatment.

He inaugurated his political career by launching Pakistan Tehreek-e-Insaf. After 22 years of opposition, he won the 2018 General Elections and was appointed as 22nd Prime Minister of the Country.  His name is embossed in the ICC Cricket Hall of Fame.

A Cricket Coach, Commentator, and Former Cricketer. Jawaid Miandad was born on June 12, 1957. He engaged in 27 Tests and 398 ODI matches as a batsman. He took 48 and 395 wickets respectively. He scored a whopping 16,663 runs throughout his career.

He is among the three Pakistani players who have their names in the ICC Cricket Hall of Fame. In 1992, President of Pakistan awarded him with Sitara-e-Imtiaz the third-highest Honor Award of Pakistan.

Renowned as ‘Lala’ and ‘Boom Boom Afridi’. One of the most loved cricket legend Shahid Khan Afridi was born on March 1, 1980. He participated in 27 Tests and 398 ODI matches as an all-rounder. He took 48 and 395 wickets respectively. Established a promising score of 9,874 throughout his career.

After his retirement in 2015, he launched Shahid Afridi Foundation. This charity institute provides health and educational services throughout the country. He participates in Pakistan Super League every year to please his fans.

Known as the ‘Sultan of Swing’ Waseem Akram was born on 3 June 1966. He has taken a surprising 916 wickets throughout his cricket career. He joined Multan Sultan in 2017. Later on, he entered the franchise of Karachi Kings in 2018.

He is ‘One of the finest reverse swing bowlers’. In 1993, he was declared as Wisden Cricketer of the Year. He is the only bowler to achieve 4 Hat-tricks in International Cricket with 2 in Tests and 2 in ODIs. He also holds the milestone of a Captain with most ODI wickets.

The only batsman of Pakistan to score 20,000+ runs in International Cricket. He was born on March 3, 1970. He has played in 498 matches with an overall score of 20,569 runs. In December 2012, He became the batting consultant of the Pakistan Cricket Team.

In 2005, the Government of Pakistan honored him with Sitara-e-Imtiaz. He was among the top 20 batsmen in the world till his retirement. He was a temporary coach of the Afghanistan Cricket Team in October 2015.

Designated as a fast bowler Waqar Younis  (November 16, 1971) is the Second Best Strike Rate Holder in Test Cricket after Dale Styne. He took a sum equal of 789 wickets in 349 matches of cricket career. He is serving as the bowling coach of Pakistan Cricket Team. He holds the record of the only bowler who took 5 consecutive wickets in an innings.

He is inducted in the ICC Hall of Fame. His partnership with Waseem Akram made him one of the bowling attackers of cricket. H e is also the youngest bowler to talk 400 wickets in ODI matches.

The current Coach and Chief Selector of Pakistan Cricket Team are Misbah Ul Haq. He was born on 28 May 1974. He has played 237 matches in total and scored a respectable 10,344 runs. He is acknowledged as the most successful ODI captain of Pakistan with 23 wins.

He won the ICC Spirit of Cricket in 2016. He was awarded as One of the Widen Cricketers in 2017. The government of Pakistan recognized him by Awarding Pride of Performance on 23, March 2014. Among other recognitions is Sitara-e-Imtiaz on 23, March 2018.

Indeed the fastest bowler the cricket world has ever produced. He delivered a fast bowl of 100.23 miles per hour in the 2003 World Cup against England. He was born on 13 August 1975. He has taken 425 combined wickets in his cricket career.

His fans have named him ‘Pindi Express and’ ‘Tiger’ due to his insane bowling speed. In his mere 14 year career, he has played in all formats. Recently, he is active as a YouTuber and also appeared on YouTube rewind 2019.

He was awarded by Pride of Performance on 23, March 2010. Followed by Sitara-e-Imtiaz on the same date in 2018. The first Pakistani player to score 10,000+ runs in Test Cricket Run ratio conversion of more than 50%. He led the Pakistan Cricket Team to their win of 2009 ICC World Twenty20.