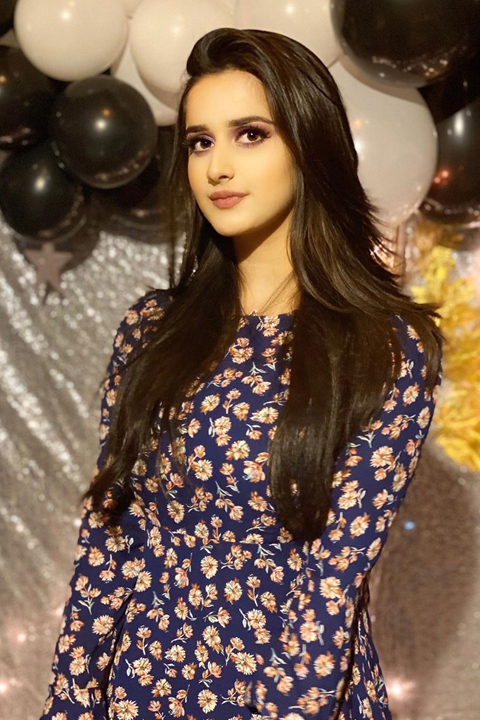 Alishba Anjum Biography: Alishbah is a Tiktok star. She became a celebrity after her videos got famous on social networking sites. She is quirky, and girls admire her for her dressing. Alishba is beautiful and talented. Hence, she became famous in a short time. People think her popularity is due to her twin Jannat Mirza because twin content is appreciated worldwide. Alishba and Jannat are known for the comedy video clips along with Lip-syncs on Tiktok and Musically. She shares her trending outfits and modeling photographs on her Instagram.

At present, Alishba Anjum is one of the best Tiktok stars in Pakistan. She is also a Vlogger (YouTuber). She dreams of making an appearance in the Pakistani film and drama industry. Her dream will soon come true because of her talent and popularity. Therefore, her dream came true in January 2021. Alishba appeared in a Music Video “Ishq” along with Sarmad Qadeer.

At present, Alishba’s age is 23 years old. She was born on 11th August 1997 in Faisalabad. Her father is a police officer, and her mother is a housewife. Alishba’s twin sister is also a Tiktok star.

She did her early schooling in Lahore Grammar school. Alishba is doing a bachelor’s from the University of Faisalabad. Therefore, she is well educated and learned.

Alishba rose to fame after her Tiktok videos became viral on the social media platform. She is a dream girl of millions of hearts. At a young age, she is achieving the heights of success through a single platform. In 2019, she released her debut short film ‘Baba Ji Ki Booty’ on youtube opposite Jannat Mirza. Hence, people fell in love with her instantly. She is running her Youtube channel that has many subscribers.

Recently Alishba’s transition Tiktok got viral. In the viral clip, in the beginning, the TikToker is seen reading a book, and suddenly she transforms herself into another get-up. Alishba has 15 million followers on Tiktok. As a result, you can watch her latest videos on Tiktok.

Her boyfriend’s name is Affan Malik. Both of them are close. They post pictures and videos together.