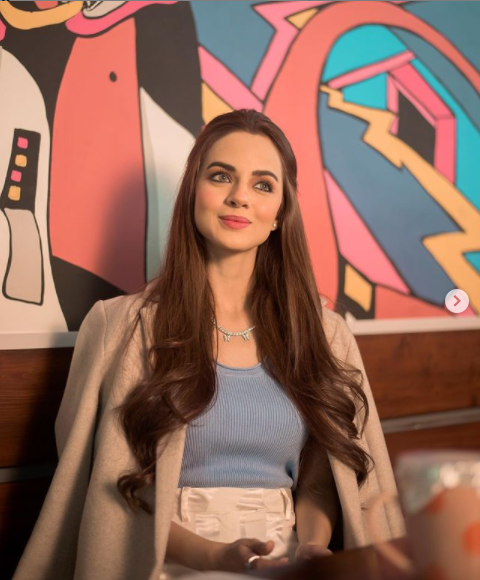 Komal Meer Biography: Komal meer is a very talented & beautiful actress in the Pakistan industry. She started her career as a model. Komal first appeared in the reality show called Miss Veet Pakistan. She was the youngest contestant in 2017. At that time, Komal was only 19 years old. Although she didn’t win, she managed to win the hearts of many people by her looks and personality. She has a thriving career ahead.

Komal’s soft facial features and young charisma captures everyone’s attention. She is still doing modeling and photoshoots. Her Instagram is full of the latest shoots, and fans praise her immensely. She also has a nickname. Her friends call her Kuku. Initially, she got famous for her role in Qurbatain.

Komal Sajid was born on 03 May 1998 in Islamabad, Pakistan. Her hometown is Islamabad, but now she is residing in Karachi. She turned 23 this year and celebrated her birthday with her family. Komal has a supported family. Her family supported her through her modeling dream, and now they are helping her in acting.

Her interest in media made Komal Meer participate in the Roots Ivy Olympiad in her school days. After her elimination from the reality show, she got a wild card entrance. But Komal did not use it. Instead, she focused on her studies. Komal Sajid is doing LLB. She wants to become a professional lawyer.

Komal Meer is currently single. She has kept her private life a secret. Her fans are curious to know who Komal is dating. But she neither has a boyfriend and nor is associated with anyone.