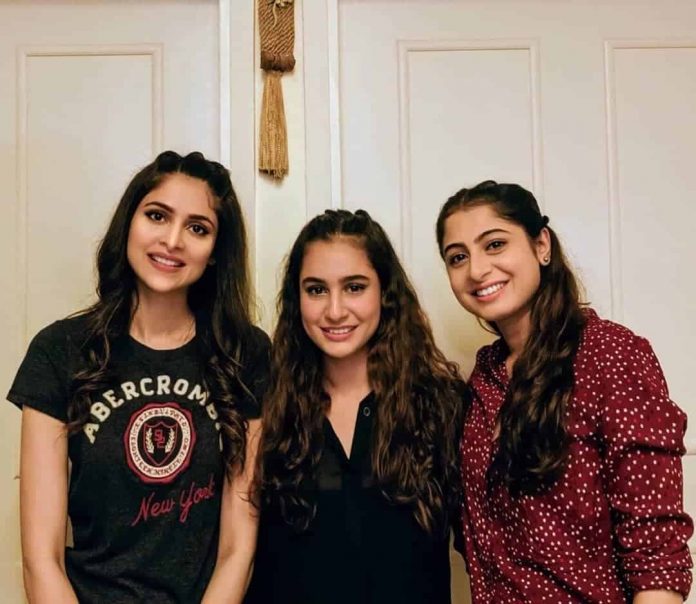 Arij Fatyma Biography: Arij Fatyma made her way into the field of showbiz because she wants to model; she appeared in a number of TV Commercials.

Arij Fatyma has got something that makes her very unique and decent. She has a perfect personality which is always been admired by all of her costars and lovers. Arij Fatyma is one of those actresses who have been choosy in the matter of their work and all the projects she has done are the best and most successful projects. She has proved herself and got fame and success in all of her works and projects.

Arij Fatyma is a charming personality. She is the prettiest actress and gained much popularity in the Pakistani drama industry.

She is born in GREENSBORO NORTH CALIFORNIA AMERICA. Her parents lived in AMERICA. Her Mother’s name is Mehreen Jafri Syed. She belongs to a Syed family. Her full name is Syed Arij Fatyma and her father’s name is SYED JAFRI. SHE has two brothers named as Syed Qasim Jafri and Syed Qadir Jafri and no sister.

She studied in AMERICA. Arij Fatyma and her family relocated to Karachi in 2004. SHE studied in there and obtained the second position throughout Karachi in BOARD OF SECONDARY EDUCATION in her matriculation exams. She is the position holder as a result she achieved much familiarity.

SHE married a businessman. Arij Fatyma first married a businessman named FARAZ HASSAN in 2014. SHE got divorced in the same year 2014. But After her first divorce, she again married to AMERICAN based PAKISTANI businessman named OZAIR ALI. The marriage ceremony was arranged in Karachi in 2017 and the function was very simple. Her husband gave divorce to her but she never gave any sentimental statements on social media.

Actress and Logger Arij Fatyma has been blessed with a baby boy, Isa Ali. The actress announced the good news on her Instagram, and also on other social media sites for requesting the fans and followers to pray for her little family as a result she achieves many good wishes. “Tiny yawns and sleepy sighs, cries, coos, and lullabies

Arij Fatyma settled in MICHIGAN U.S with her husband OZAIR ALI. She visited Pakistan frequently and she recently came to  Pakistan and completed her new project in the Pakistani drama industry that aired on ARY DIGITAL. Because of her career in the drama industry and film industry she moves from one area to another.

Arij Fatyma began her career as a commercial model and started appearing in advertisements. And  After working as a model for a few months, she was offered a comic role in the 2012 Geo TV’s sitcom Kiss Din Mera Viyah Howay Ga but The series proved to be the breakthrough for her.

SHE plays leading roles in several successful television series, including the melodramas Mar Jain Bhi To Kya (2012) and Paree (2013), and the romance Kissey Apna Kahein (2014), and the religious drama Aik Pal (2015).

She won many awards at different plate forms because of her acting. She has a mind of playing and a very critical challenging and the most loveable role of a lover in the romantic drama Aik Pagal Si Larki (2013) and a young faithful wife in the family drama Hum Nasheen (2013).  In the Industry because she wants to maintain her own status as well as she likes to work and not rely on anyone.

Arij Fatyma has got something and that makes her very unique and decent. She has a perfect personality and this is always been admired by all of her costars and lovers. It is a part of her life and her character that she always admires the co-actors and her related workers.

ARIJ is one of those actresses and models who have been choosy in the matter of their work and all the projects she has done are the best and most successful projects. She has proved herself and got fame and success in all of her works and projects.
Arij Fatyma is an AMERICAN blogger.