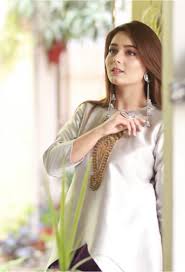 Sumaiyya Bukhsh biography: she is a Pakistani actress and also a model. she joined the Pakistani drama industry in 2016. she acted in many dramas in a supporting role. she has a charming personality. she made outstanding style statements in social events. she made a spacious space in the drama industry within a short span and conquered the hearts of fans with her deliberately inspired acting. Here we are going to share her biography, lifestyle, age, career, dramas, husband, affairs & much more about this emerging actress.

The very young and emerging character of Sumaiyya Bukhsh made her debut in drama serial Noor.e.zindagi that aired on channel geo tv in 2016. as the drama gained popularity and her character in drama was so inspiring that she made a huge fan following. due to hair simplicity, people loved her so much.

she completed her bachelor’s degree from the University of Karachi. but started her career as a model and later as an actress in the Pakistani drama industry.

She is still single.

she is becoming a leading actress and started gaining popularity from the drama serial Noor.e.zindai. after that drama she started working on many projects due to her inspiring character and her charming personality. she also did many tv commercials, she is spotted in 2 telefilms. Although she played a small role her fine acting skills grab the attention of many tv directors and also viewers. she also did modeling for designers and magazines. she had an extreme resemblance to an Indian actress Sara khan. Sara khan had also worked in some Pakistani dramas. fans found it a bit hard to differentiate between them. but now they loved her charming looks and her acting.